India has responded to Imran Khan-led Pakistan government's new "political map of Pakistan", calling it "an exercise in political absurdity." The new map shows Jammu and Kashmir and Junagadh in Gujarat as Pakistan territories. The move comes a day ahead of the first anniversary of the abrogation of Article 370, which scraps Jammu and Kashmir's special status and splits the erstwhile state into two centrally-administered territories, Jammu and Kashmir, and Ladakh.

India said the so-called "political map" of Pakistan doesn't have legal validity or international credibility. Here's the full statement released by the ministry of external affairs:

"We have seen a so-called "political map" of Pakistan that has been released by Prime Minister Imran Khan. This is an exercise in political absurdity, laying untenable claims to territories in the Indian State of Gujarat and our Union Territories of Jammu & Kashmir and of Ladakh. These ridiculous assertions have neither legal validity nor international credibility. In fact, this new effort only confirms reality of Pakistan's obsession with territorial aggrandisement supported by cross-border terrorism."

Pakistan has made several attempts to claim Jammu and Kashmir as its territories. In fact, Imran Khan's attempt to raise a change the J&K's status from a state to a union territory at an international level has hit dead-ends. Despite it all, Pakistan PM sees its failed efforts as a huge success.

Pakistan is reportedly leaning towards its partners China and Turkey to side with its new move and issue statements critical of India, Hindustan Times reported. PM Khan said the new map is supported by all political parties in the country.

Pakistan's new map has been dismissed by netizens, who see it as a desperate move by the PM Khan. 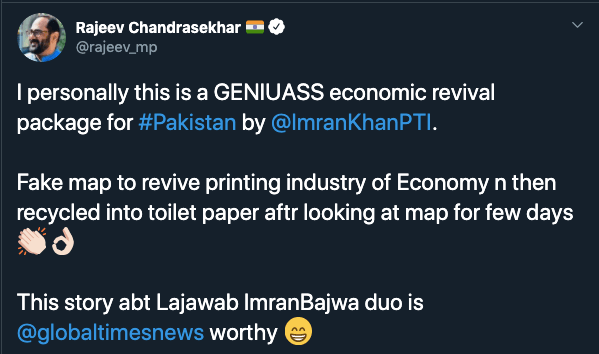 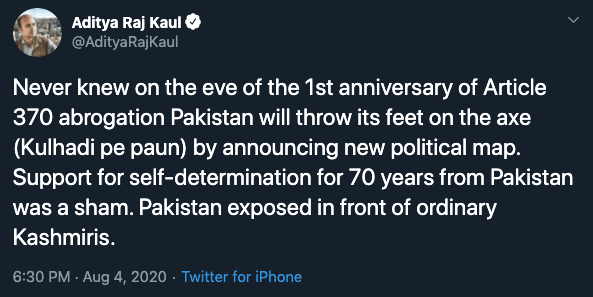 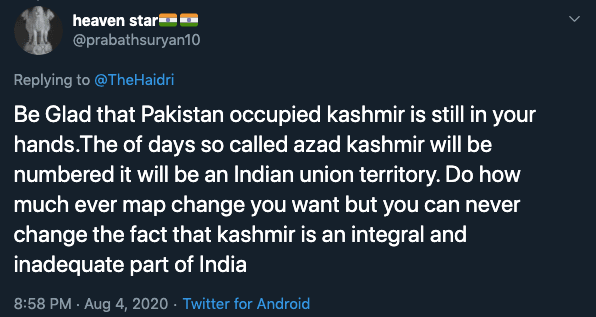 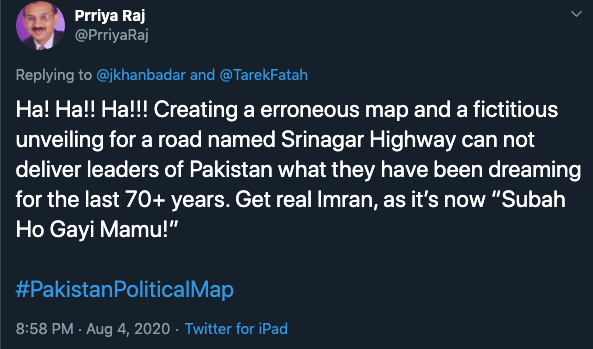