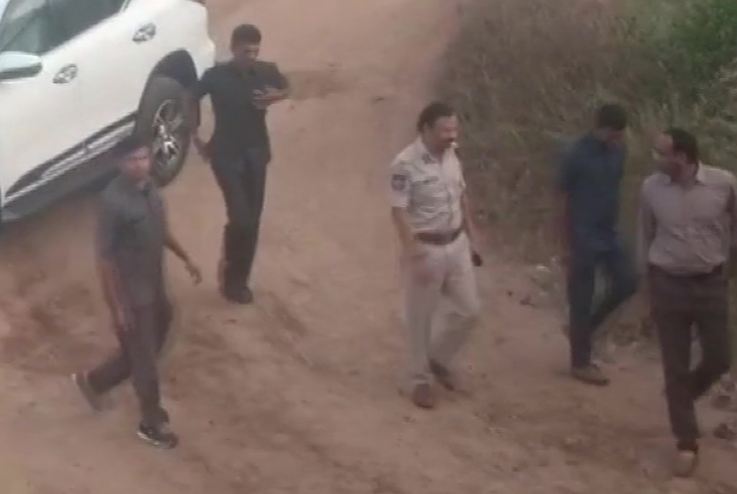 Senior police officers at the site of encounter.Twitter

All four men accused in the gang-rape and murder of a veterinarian in Telangana were shot dead in an encounter when they were trying to escape custody, the police said on Friday morning at around 6.30 am.

The accused were taken to the scene of the crime where near Shadnagar town, about 50 km from Hyderabad, for a reconstruction of the incident when they tried to escape and the police officers' gun, police have confirmed.

They were gunned down at the same spot where the accused had dumped the victim's body and set it afire on the night of November 27 after the gang-rape near Shamshabad on the outskirts of Hyderabad.

The gruesome rape and murder had triggered nation-wide rage with demands for the immediate death penalty to the perpetrators.