Elon Musk, technology entrepreneur, philanthropist, founder of Tesla and SpaceX, appears to have fallen victim to the notoriety of the hackers. The suspicion of Musk's account being hacked started with a tweet from Tesla boss' official Twitter handle.

"I'm feeling generous because of COVID-19. I'll double any BTC payment sent to my BTC address for the next hour. Good luck, and stay safe out there!," a tweet from Musk's Twitter handle read.

In a matter of a few minutes, the tweet was deleted, confirming the suspicion.

But two more tweets were sent from his account, promising his followers that all Bitcoin payments made to his BTC address will be doubled.

Almost instantly, thousands of people RT and liked the tweet. As it appears, many have even made the BTC payment, hoping the billionaire philanthropist lives up to "his" words, if they were his words at all.

While both these tweets were deleted within minutes, another tweet was sent out from Musk's official handle. Again, promising to double any BTC payments made to his BTC address.

However, Musk hasn't confirmed whether his Twitter account was hacked or not. Twitter said it is looking into the matter. But it appears the account is still in the hands of hackers who are trying to run a large-scheme crypto scam.

People are advised against making any payments to the BTC address in the tweets of Musk. Shockingly, the blockchain address used on the scam site had already collected 2.8 bitcoin — some $25,700 in today's currency, TechCrunch reported.

Security researchers have found that hackers have changed the email address associated to the account, making it hard for the recovery.

While the previous tweets have been deleted, the hackers posted another tweet hoping to scam people.

Musk is not the only victim. Bill Gates' Twitter account has also been hacked to tweet about the same Bitcoin scam. It appears the scams are a part of a widespread hacking operation affecting multiple accounts.

"We are aware of a security incident impacting accounts on Twitter. We are investigating and taking steps to fix it. We will update everyone shortly," Twitter said.

Here's how everyone reacted. Many called out the hack while other shared screenshots of payments made to Musk's BTC address shared in the tweet. 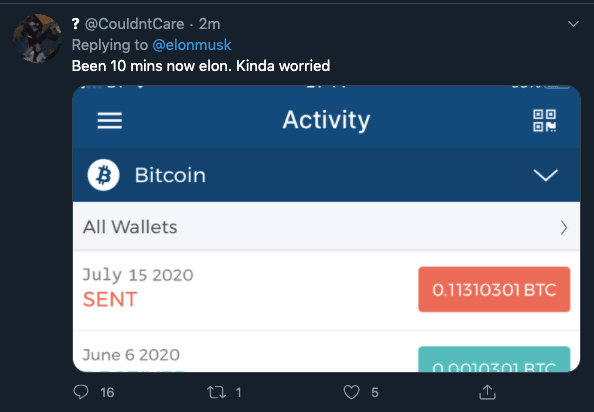 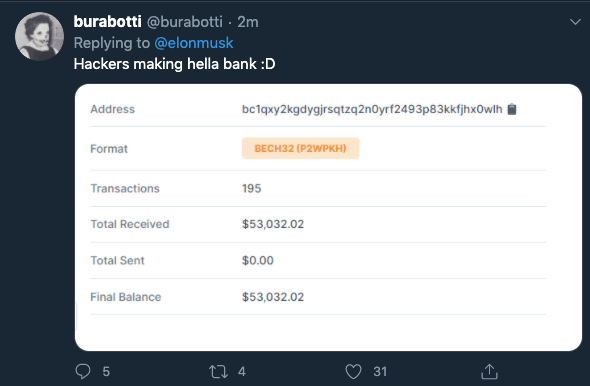 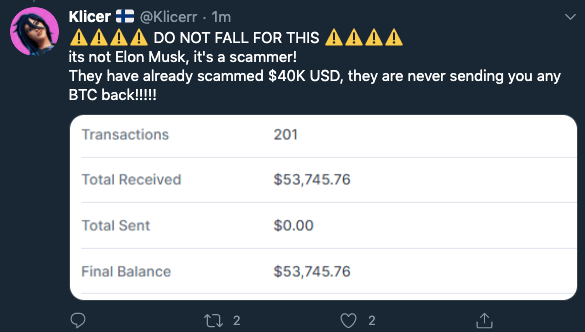