BJP leader Gaurav Tiwari has lodged an FIR against a kissing scene in the web series 'A Suitable Boy' that was filmed inside temple premises, sparking nationwide outrage and social media protest.

The craze for web series has increased since the lockdown and recently the viewers woke up to the hashtag 'Boycott Netflix' that shocked everyone. BJP leader Gaurav Tiwari has lodged an FIR in the Madhya Pradesh police station against the kissing scene being filmed in the web series 'A Suitable Boy'. The web series stars Tabu and Ishaan Khattar in the lead.

According to the plot of the web show 'A Suitable Boy,' the story revolves around the love story of a Hindu girl and a Muslim boy. The controversy began after a kissing scene was shot in three consecutive episodes in the series.

According to the politician, the kissing scene between a Hindu girl and a Muslim boy was shot in the surrounding of a temple situated in Maheshwar, Madhya Pradesh. He also said that this has hurt the sentiments of the Hindus and the act of encouraging the Love-Jihad between Hindu-Muslim is extremely shameful.

BJP leader Gaurav Tiwari also added that if Netflix doesn't take off the video from the OTT platform, it might lead to a public morcha and might also file a case against the OTT platform Netflix.

The politician's remarks were met with mixed reactions. Some people strongly opposed the scene from the web series while others noted that it was being blown out of proportion. 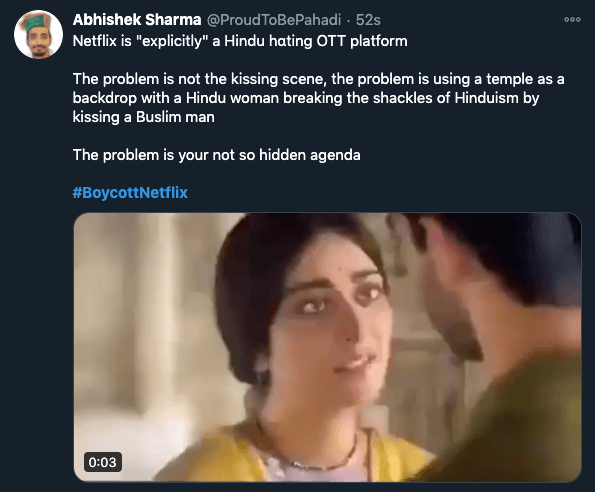 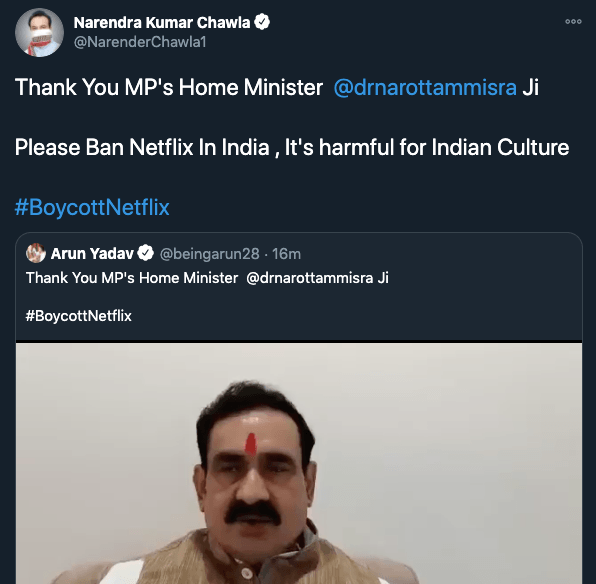 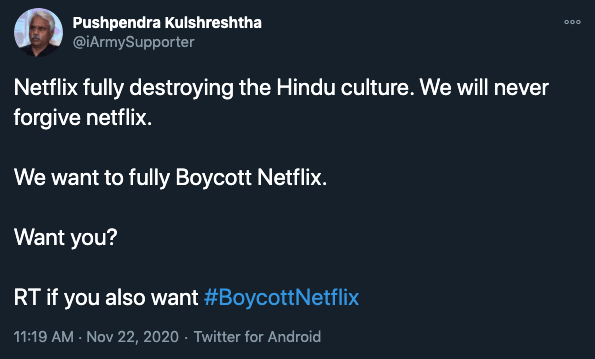 Close
Nagpur traffic cop dragged bonnet of a car
Why advertise with us?
most popular