Billionaire media celebrity Oprah Winfrey is facing a lot of backlash over her comment on white privilege.

Billionaire media mogul Oprah Winfrey was on the receiving end of heavy criticism for her remarks about white privilege. The recent episode of "The Oprah Conversation" titled "Uncomfortable Conversations with a Black Man: Part 1" was the talk of the tinsel town, especially on social media, where people were bashing the renowned TV host for chastising white people.

Oprah's special talk show aired on July 31 had former NFL linebacker Emmanuel Acho among other guests, including white people. The seminar was about white privilege and how being white gives people an advantage, no matter what.

"There are white people who are not as powerful as the system of white people — the caste system that's been put in place — but they still, no matter where they are on the rung, or the ladder of success, they still have their whiteness," Oprah said.

"[Whites have a] leg up. You still have your whiteness. That's what the term 'white privilege' is. It means that whiteness still gives you an advantage, no matter. It is the fundamental issue," she added.

Winfrey also spoke to her white guests on the show, who even admitted they might be racist. One guest Seth admitted he's never been actively anti-racist, which made him racist.

"I was born in the '70s. I was born and raised in Manhattan. I've always considered myself to be liberal. Now I'm not only a friend of people of color, but also an advocate ... but this movement over the last month has been powerful. ... I realized that I couldn't be not racist. I realized that I either was a racist or an anti-racist, and I wasn't — I'm not — an anti-racist," Seth said.

A lot of people did not see eye to eye with the famed TV host on the matters discussed during the recent seminar. Netizens bashed Oprah for her controversial comments about white privilege because of her billionaire status. 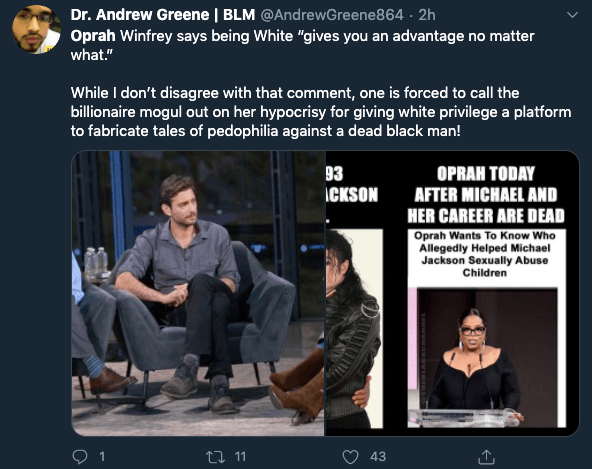 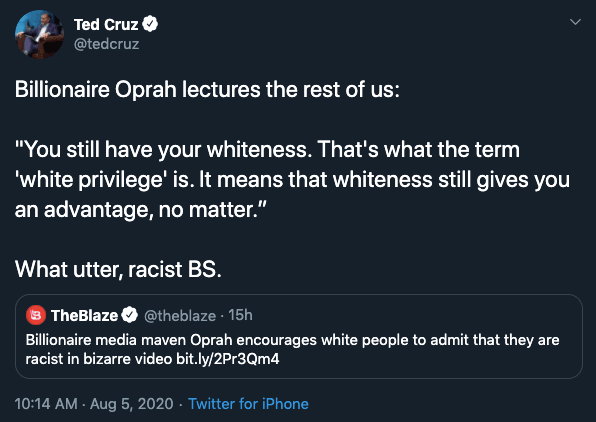 Netizens bashing Oprah for her show on topics surrounding racism and unconscious bias doesn't change the oppression faced by the black people. People have been protesting on the streets of US to end the racial injustice. These protests have spiked since the police killing of George Floyd and Breonna Taylor. The reality doesn't alter simply because a billionaire black woman chastises white people.